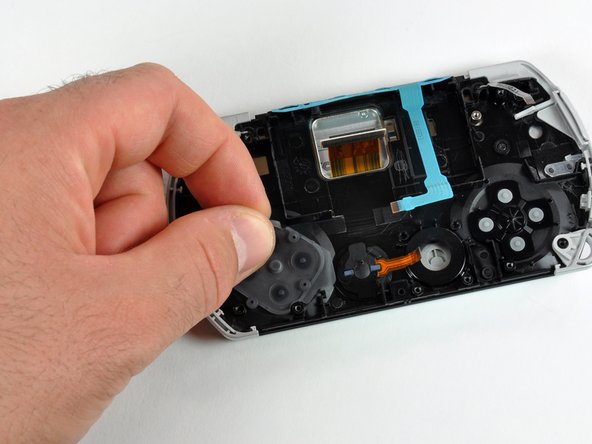 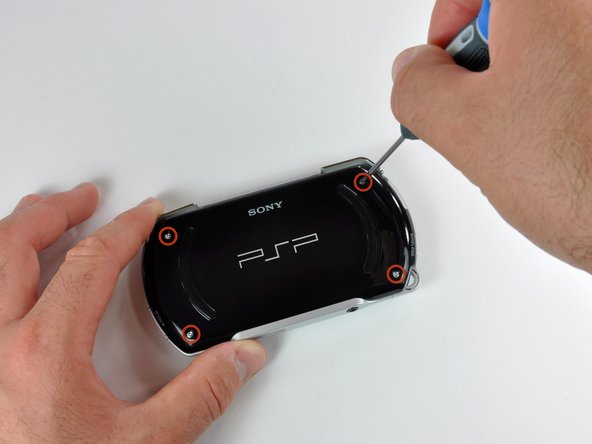 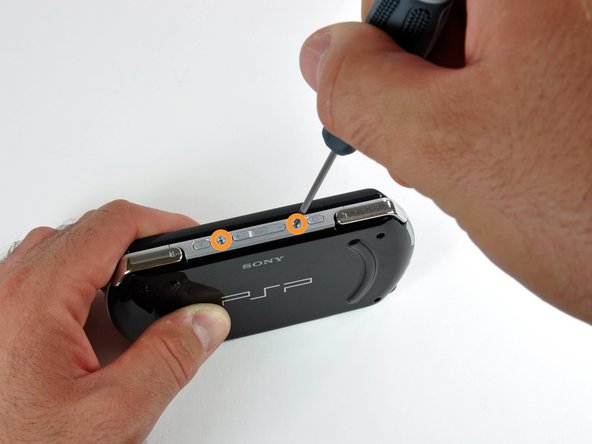 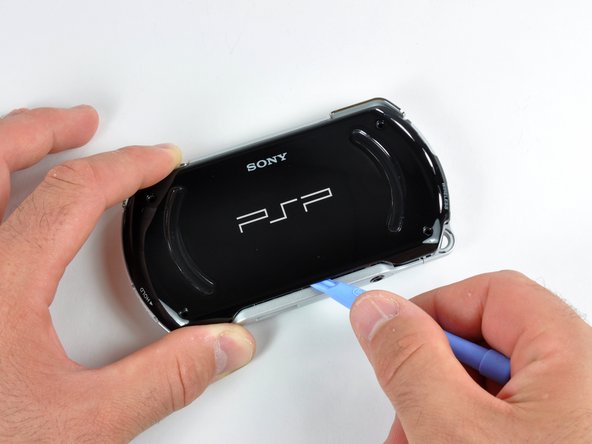 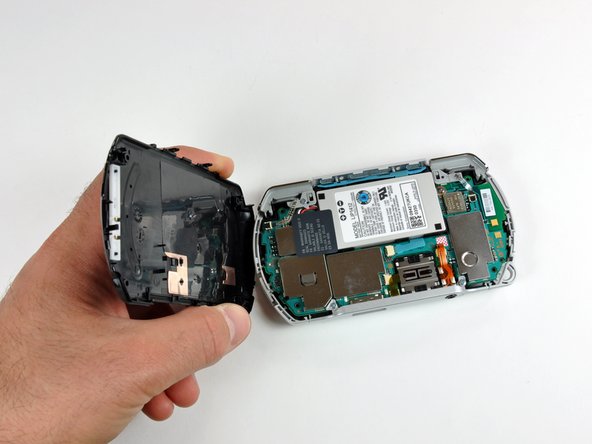 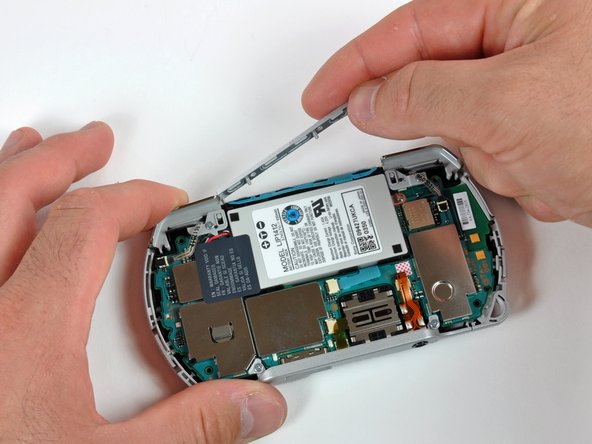 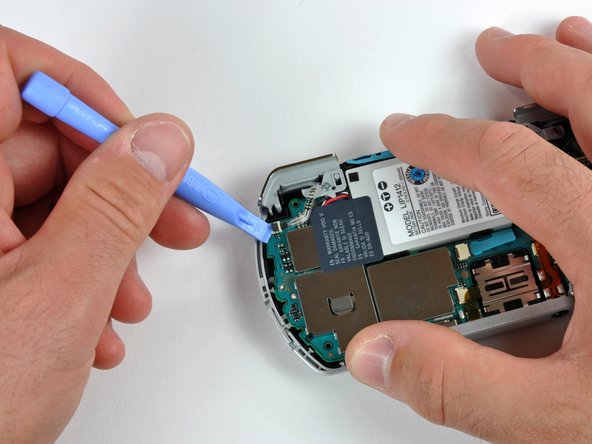 Use a plastic opening tool to gently flip up the left trigger connector. 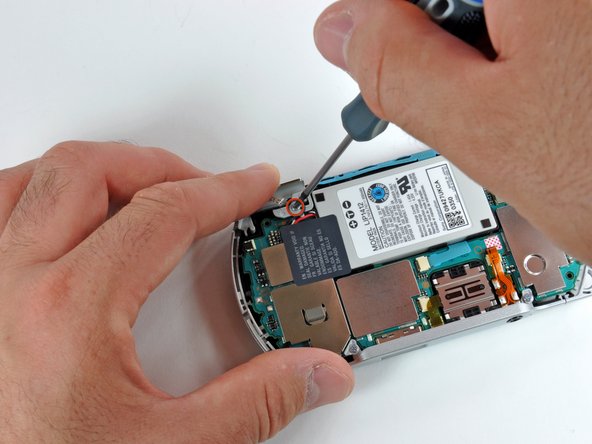 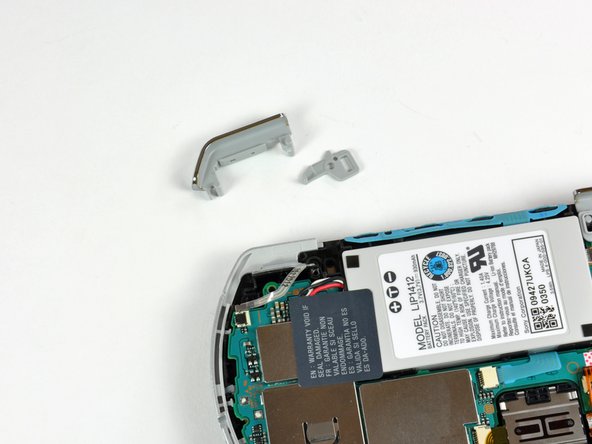 Unscrew the lone Phillips screw holding the trigger in place. Remove both trigger and retaining plate from the PSP Go.
If necessary, repeat steps 2 and 3 to remove the right trigger button. 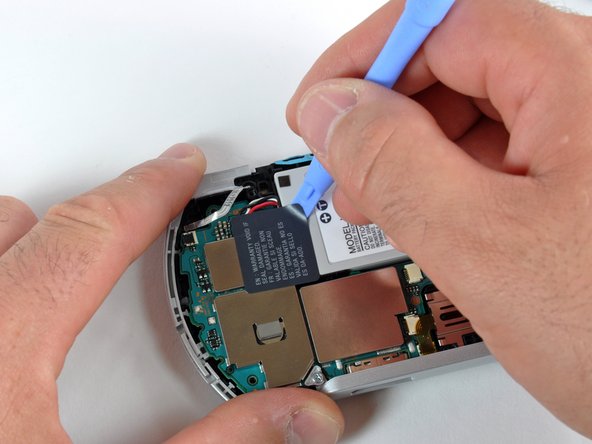 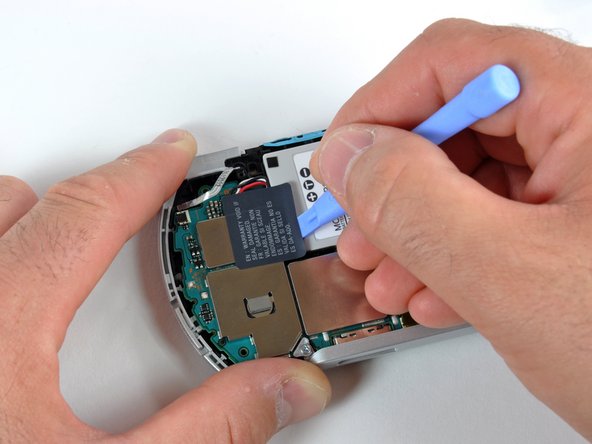 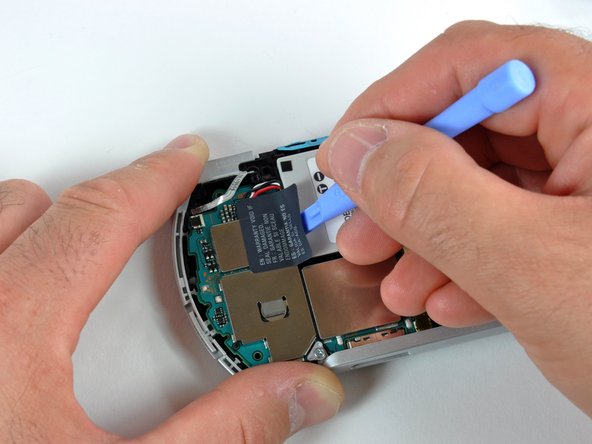 Do not peel the sticker away from the left EMI shield. It will expose the "VOID VOID" lettering that will void your warranty!
Use the plastic opening tool to gently peel away at the "Warranty Void" sticker. Start on one edge, as shown, and slide the tool from side to side until the sticker is removed from just the battery. 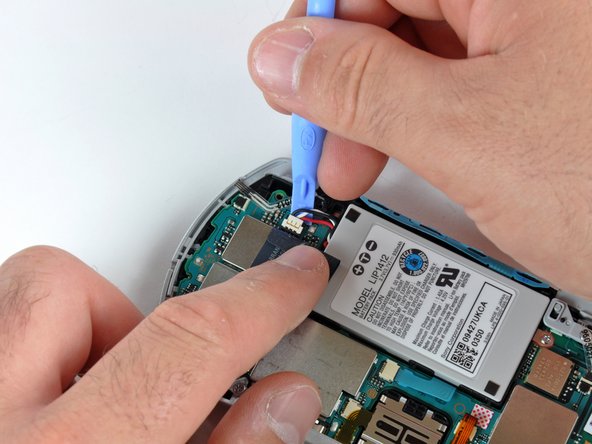 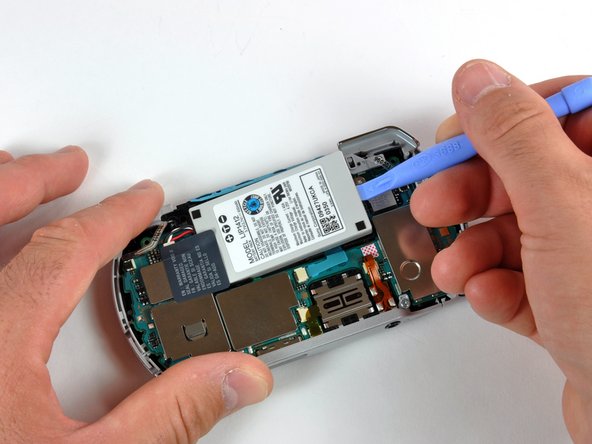 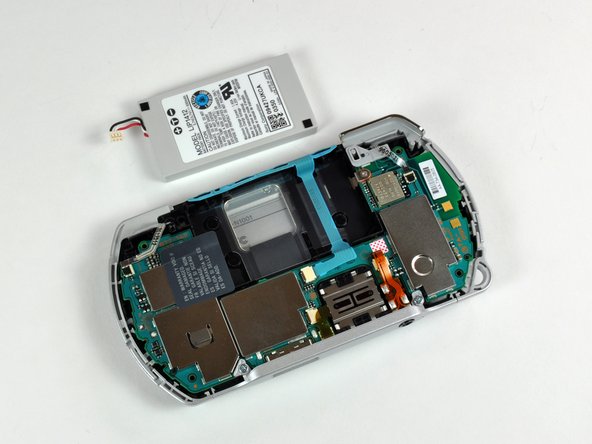 Use a plastic opening tool to pop out the battery, being careful not to snag the "Warranty Void" sticker in the process.
When putting a new battery into the PSP Go, make sure you hold the "Warranty Sticker" so you don't put the battery on top of it. 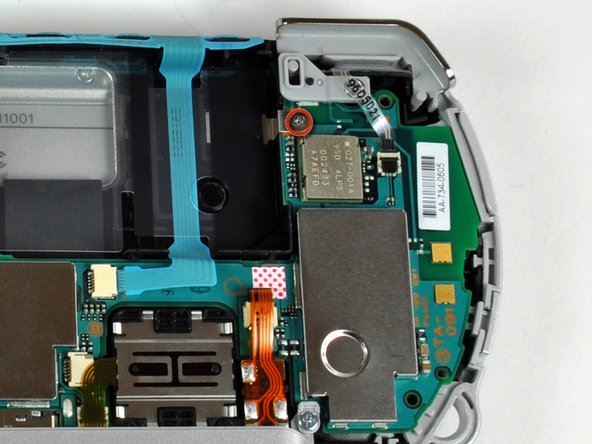 Remove the single Phillips screw securing the logic board to the inner case. 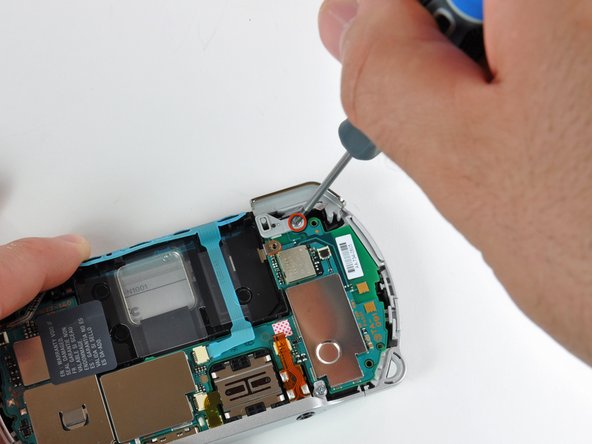 Use a plastic opening tool to gently flip up the right trigger connector.
Unscrew the lone Phillips screw holding the trigger in place. Remove both trigger and retaining plate from the PSP Go. 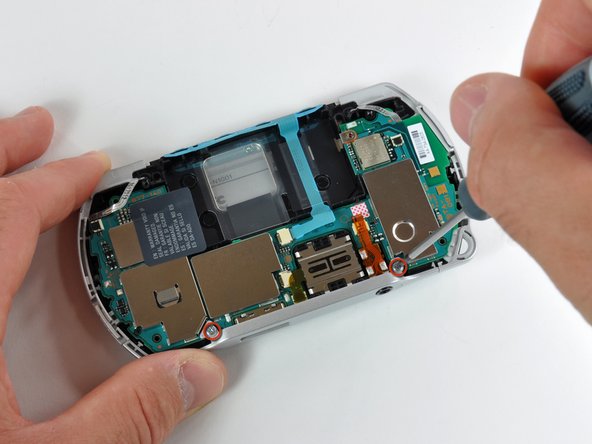 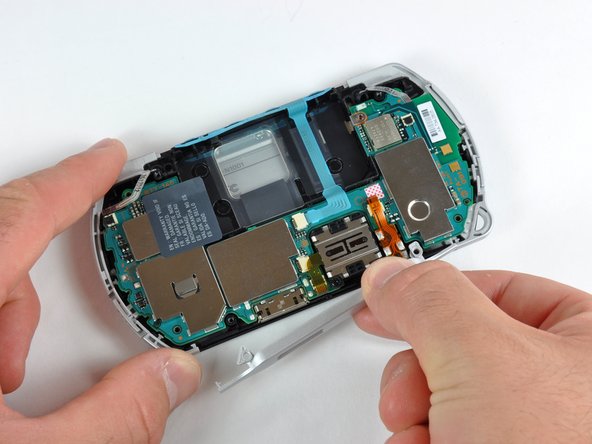 Use a #00 Phillips screwdriver to unscrew both bottom plate screws.
Remove the bottom plate by lifting it away from the device. 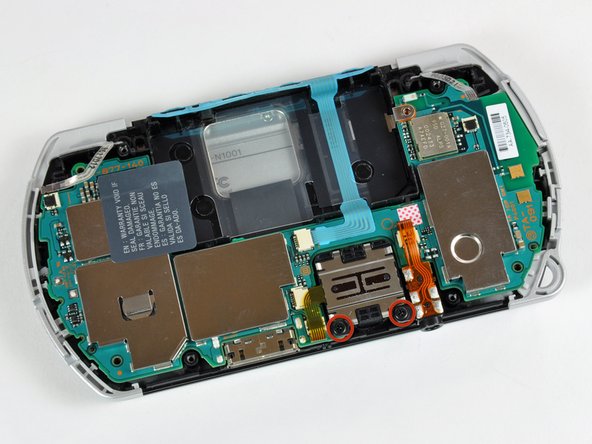 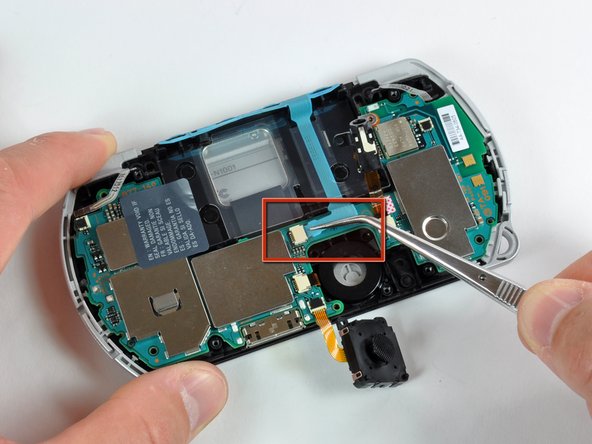 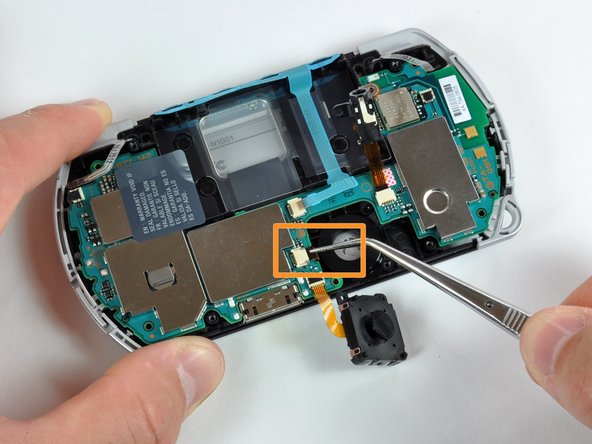 Be very careful when disconnecting the following cables. The connectors do not have flip-up tabs; just hold each cable steady and pull it out of the connector.
Unplug the volume button cable using a pair of tweezers. Be careful not to damage the cable.
Unplug the Start/Select button cable the same way. Make sure to grasp the black plastic pull tab of the cable. 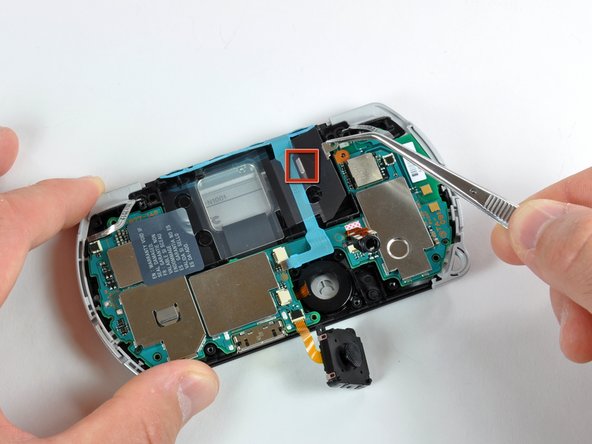 Use a pair of tweezers to pull out the battery's clear plastic cover.
Notice the little metal tab and slot (marked in red) where the clear plastic cover slides into. Make sure you slide the cover into place properly when reassembling the PSP Go. 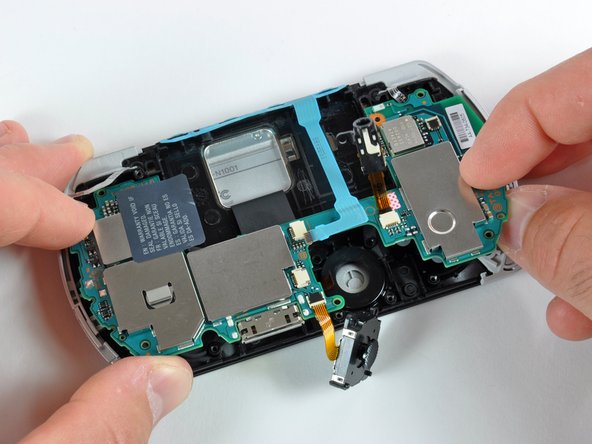 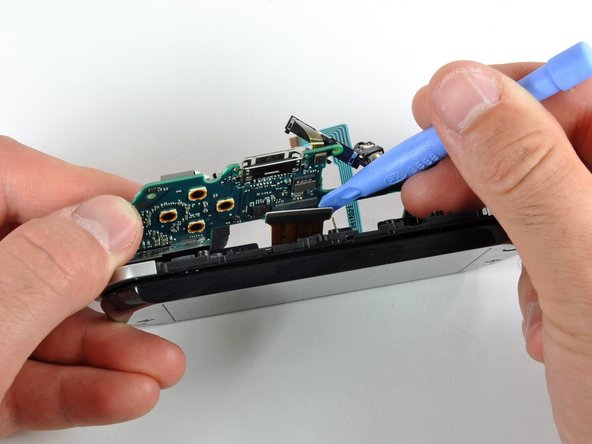 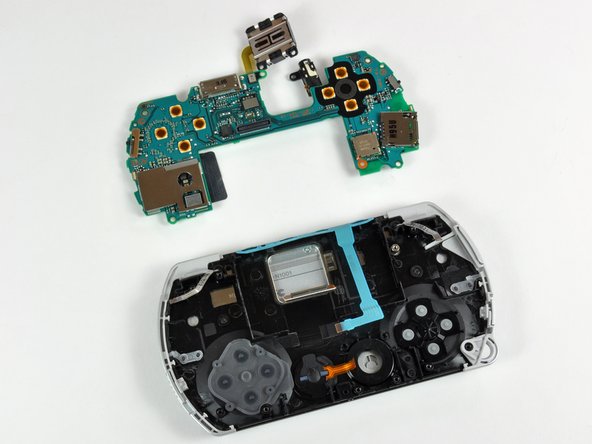 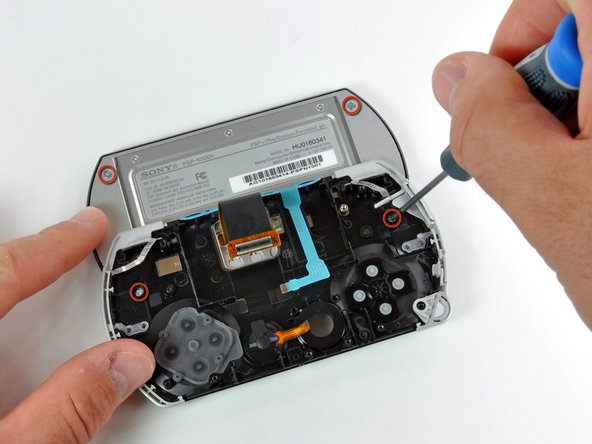 Use a #00 Phillips screwdriver to remove the four display screws.