The world of video game platforms has been changing quickly. Manufacturers have resorted to mid-gen refreshes to keep up with 4K TVs and VR headsets. Last month we tore apart the PS4 Slim, and now we're tackling the third iteration of this generation. We may be amateur gamers, but we're revved up to tear the PlayStation 4 Pro down, professionally.
Game on! Keep up with us on Facebook, Instagram, or Twitter for all the latest game console and VR hardware teardowns. 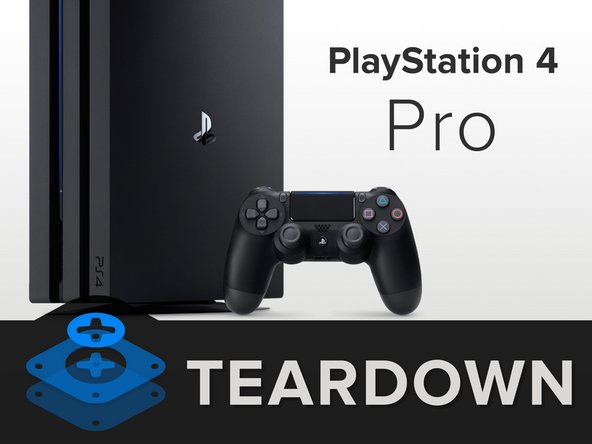 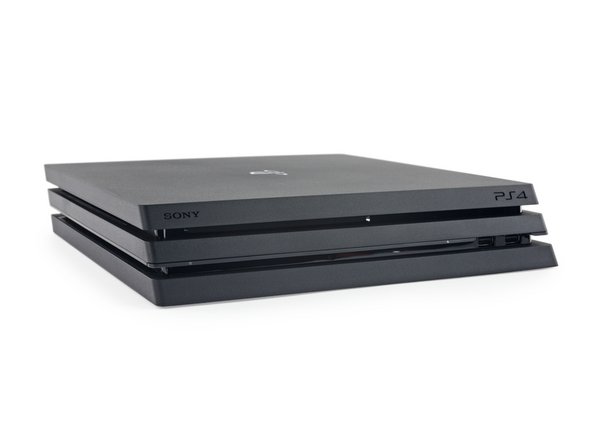 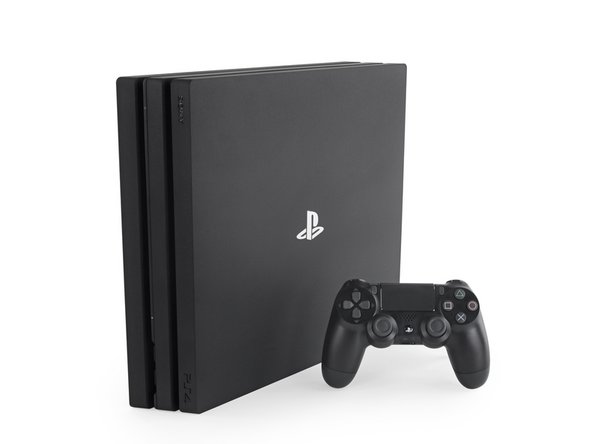 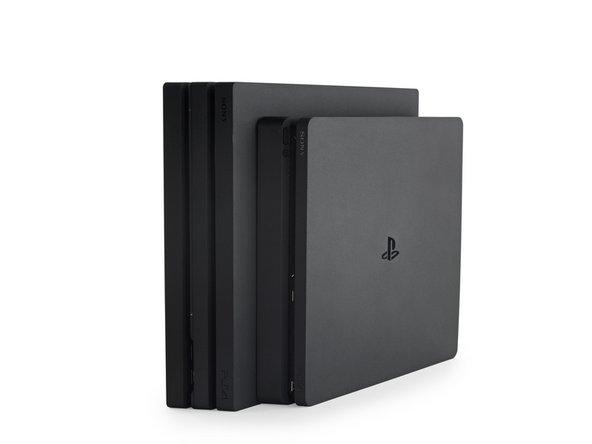 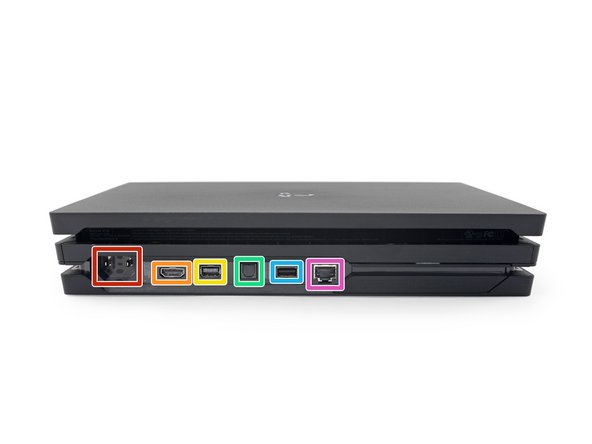 Hamburger, meet Big Mac—the Pro version has one layer on the Slim version. It's also quite a bit bigger overall.
This behemoth still carries the label PlayStation 4, but the model number on ours is CUH-7015B. We also spot a couple "Warranty void if removed stickers" (booo) and tons of different ports (yay!):
Power
HDMI 2.0
PlayStation extension port
S/PDIF optical audio output
USB 3.0
Ethernet 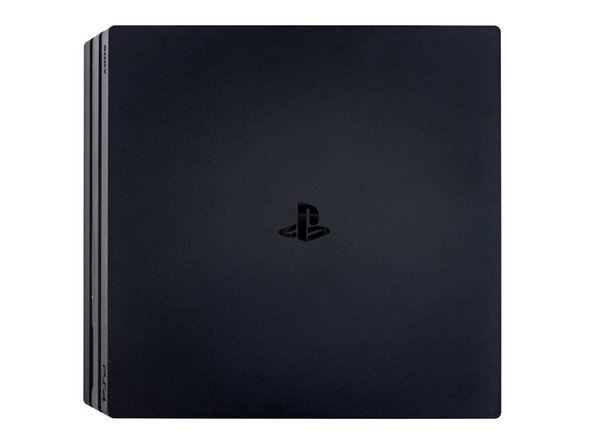 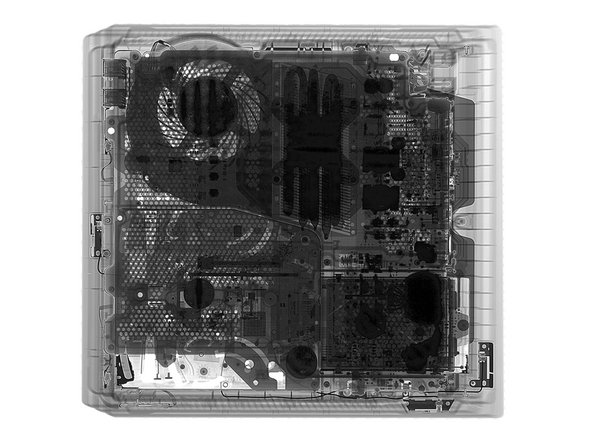 When you're exploring unknown territory, it helps to have a map.
We called up our buddies at Creative Electron, and they put their X-ray vision to good use.
So far we're expecting to find... bees? And a big fan. I'm not the only one who sees honeycomb, right? 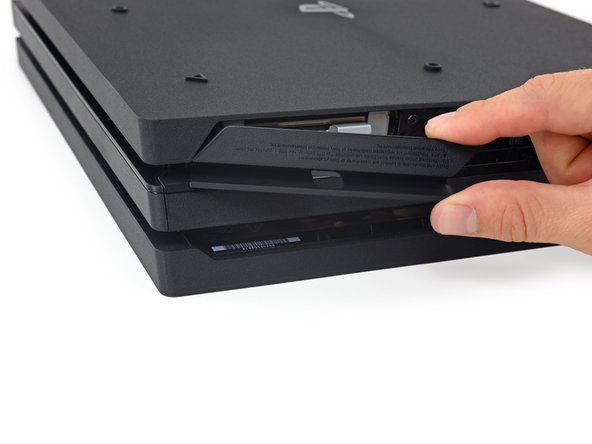 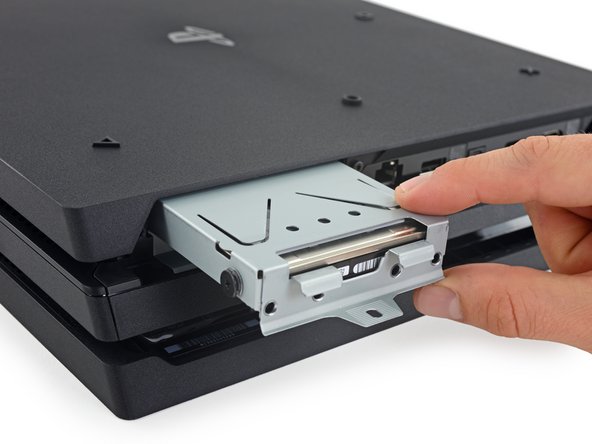 This triple-decker design is a little different from the ''first'' fourth PlayStation we tore down, but that doesn't stop our teardown engineers—without wasting time, we flip the console over, pop the first panel, and hit pay dirt!
A single, standard Phillips #0 screw stands between us and hard-drive-swapping glory. Now that's what I'm talkin' 'bout.
Replacements are awesome, and in keeping with a long tradition: every PlayStation to use a hard drive has had a user-replaceable hard drive.
Like the original PlayStation 3
... and the Slim
... and the Super Slim
... right up to the original PlayStation 4 and PlayStation 4 Slim. 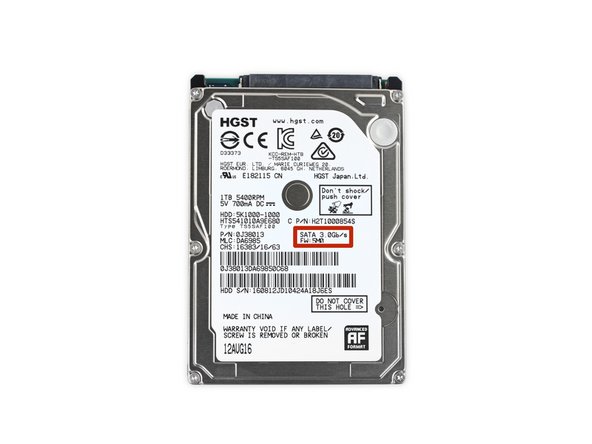 And just a couple more Phillips screws later, the 2.5" HGST HTS541010A9E680 hard drive is free from its caddy shackles.
While the PlayStation team boasted about the Pro's SATA III support, this stock hard disk drive is rated at 3.0 Gb/s (SATA II).
Or is it? According to various online sources, this guy is actually a 6.0 Gb/s HDD. Regardless, at 5400 RPM this platter drive will never reach SATA III speeds and is pretty similar to the drive we found in 2013.
No worries, though—armed with the right tools and some elbow grease (and a snazzy new 6.0 Gb/s SSD), you can cut your lag load times in half and get back to gaming. 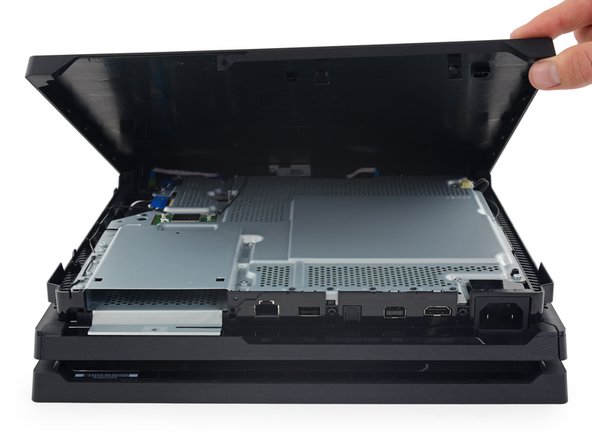 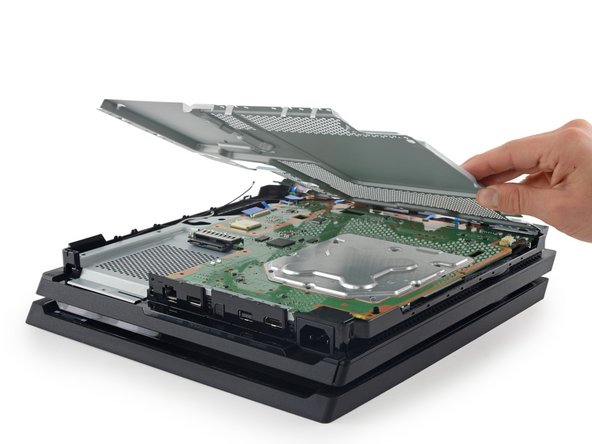 As expected, we're gonna have to remove these "Warranty void if seal removed" stickers to go any further.
Adding a bit of insult to injury, the screws hidden beneath are Security Torx screws—specifically designed to stop you getting in.
Luckily, even the most dastardly screw head is no match for our 64 Bit Driver Kit. With the case cracked open, we can remove this large metal shield.
Unfortunately, all this does is give us a view of the motherboard's backside.
Based on our experience with the PS4 Slim, we decide to flip everything over and see if the grass is any greener on the other side... 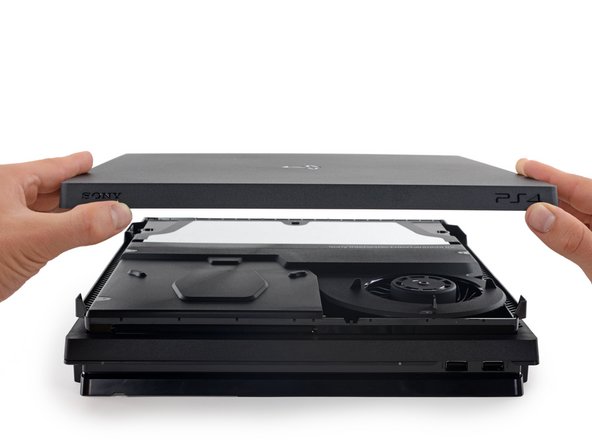 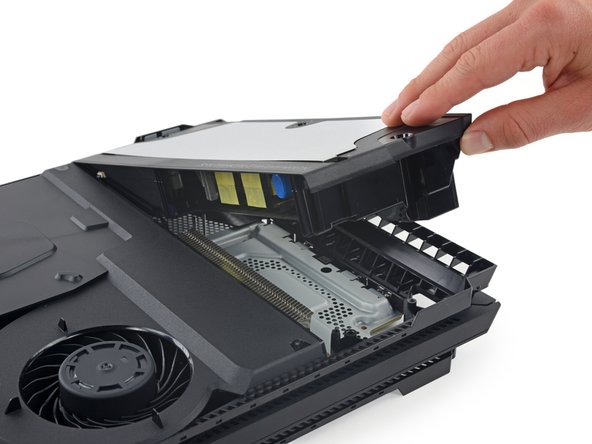 With the beast on its back, the opposite panel pops off after some prodigious prying—but no "warranty void" stickers!
Alas, removing this panel isn't the panel-cea we were hoping for. We can pull out the power supply, but nothing else.
While you can't remove the fan, you could certainly clean it from here—maybe that's why we're granted this non-warranty-voiding access zone. 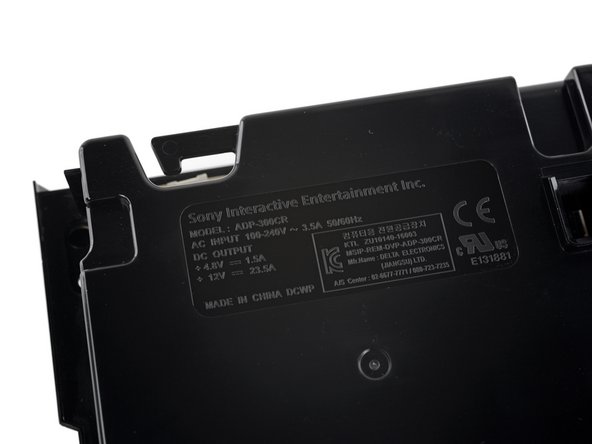 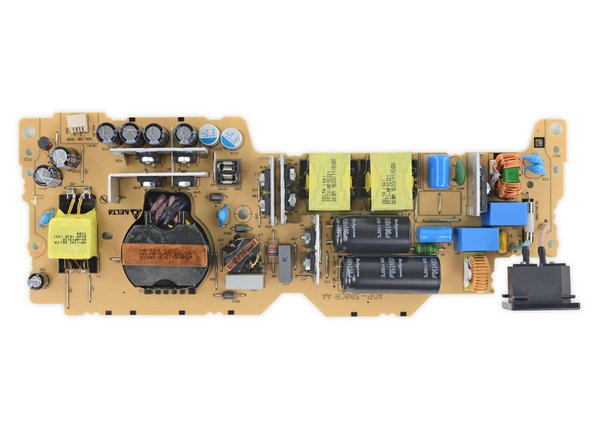 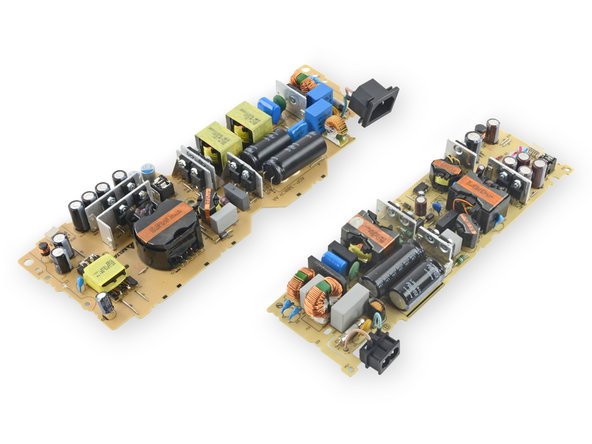 With the top panel removed, we focus our attention towards the power supply unit.
Unlike the 2013 model, which topped out at 165 W, this PSU dishes out 289 W of power (1.5 A @ 4.8 V +23.5 A @ 12 V).
According to the official technical specifications, the PS4 Pro pulls 310 W of power total. The balance is probably spent in transforming power from AC to DC.
And now for the million dollar question: Why is this console so much bigger than the original?
For comparison purposes, we lined up the PSU from the PS4 Pro (left) and the original PS4 (right). While there's only an 74.2 g difference between the two units, the requisite heat pipe and fan add a bit more bulk to the Pro to wick away excess heat generated by the additional GPU. 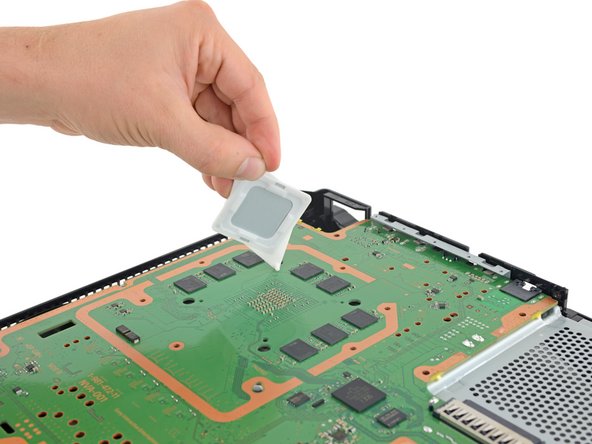 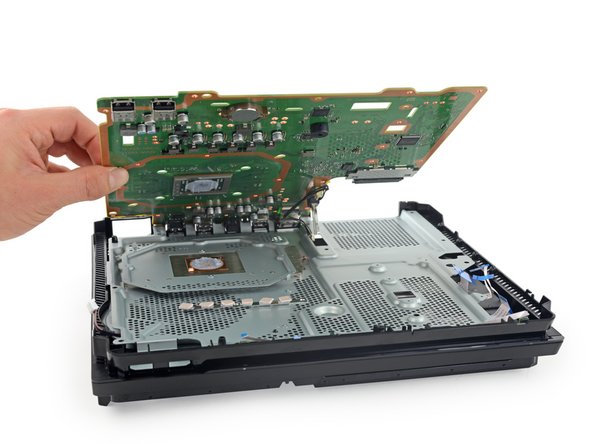 Thwarted by the lack of any more screw heads on the PSU-side of the PS4 Pro, we flip it back over and flip our attention to the the motherboard.
Burrowing through a layer of shielding behind the CPU reveals this cool X-shaped retaining bracket, similar to ones we found in another console.
And directly underneath it, we dig up a plastic-and-metal cover that looks to be the consumer electronics version of a pizza saver, protecting the back of the board from the heat sink retaining bracket.
Lifting the motherboard reveals a lot more thermal management. Highlights include a giant copper heat sink and dedicated pads for six chips on the motherboard. 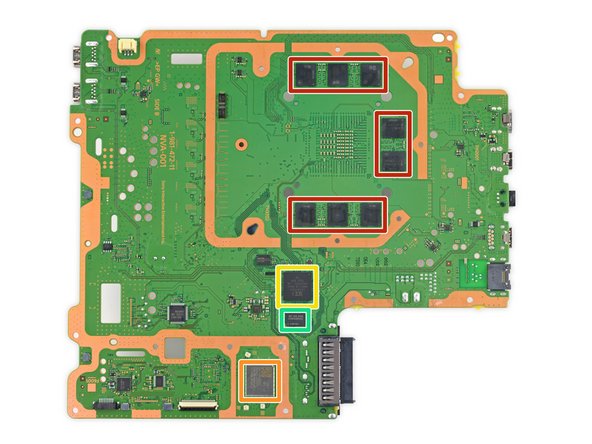 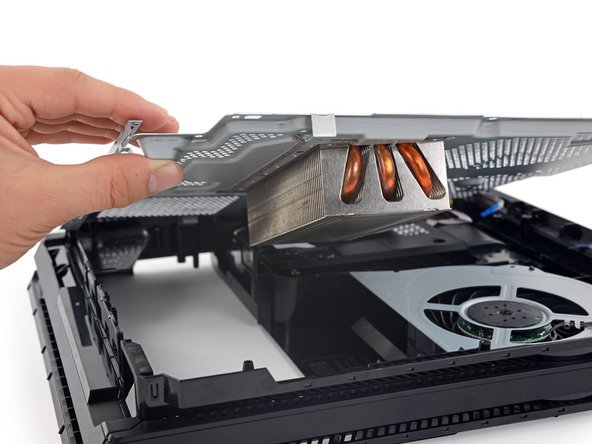 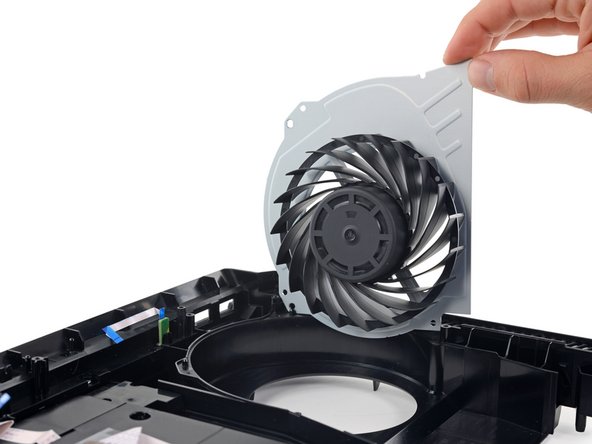 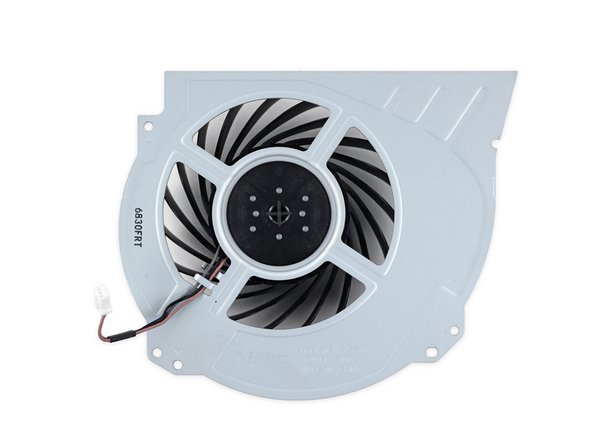 The fan and optical drive seem almost within reach—and yet they're screwed in from the bottom, where a large heat pipe assembly keeps guard. However, we're not scared.
Okay, we lied—we're a little scared.
We manage to extract the heat pipe gear without serious injury, clearing our way to that spinny thing that blows air.
This Nidec fan is rated for 2.1 amps at 12 volts, or 25.2 watts. So that's where all that extra PSU power is going... 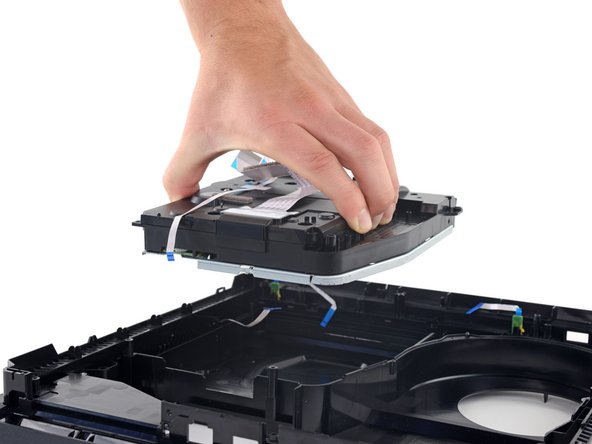 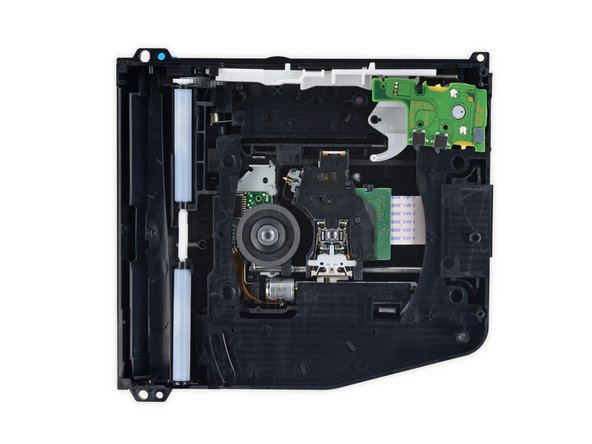 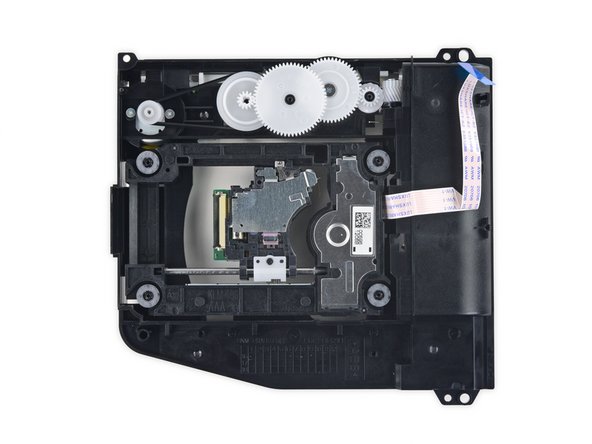 We pluck out the optical drive, claw-game style.
We do some more clawing (and unscrewing) to get this beast open. We find:
A lot of springs.
A lens assembly on a track, with some sweet stabilization action.
And some sweet gears.

The optical drive's laser pickup assembly is ready for its closeup.
Remember to deactivate your lasers before poking them.
We use a little compressed air to move the pickup arm. It's super responsive and likely does a great job with skip protection.
Handy for gaming while 'froadin, or while living in California. 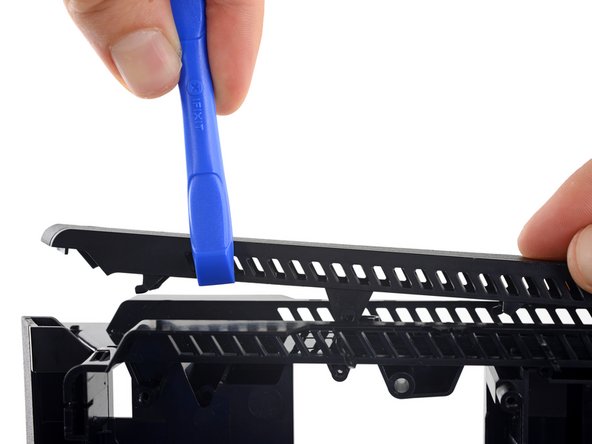 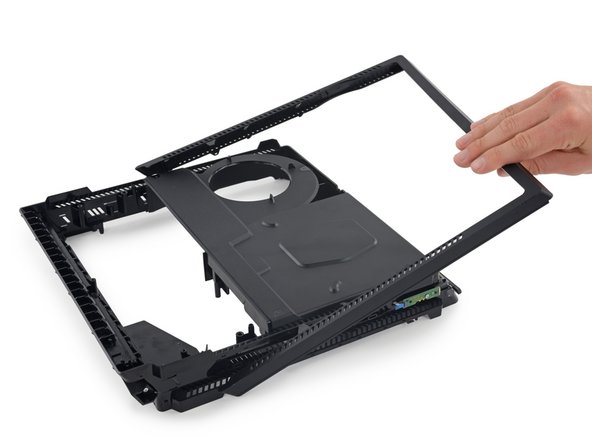 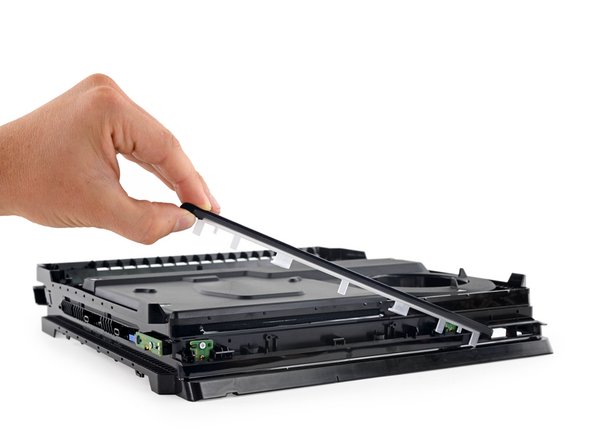 With some determined prying, we remove this triple-decker PS4's middle tier. Turns out it's just a plastic frame, which we quickly pull away, revealing a final component or two.
This LED light guide catches light from the LEDs on the left-hand board, and also serves as the button covers for the mechanical switches on the two right-hand boards. 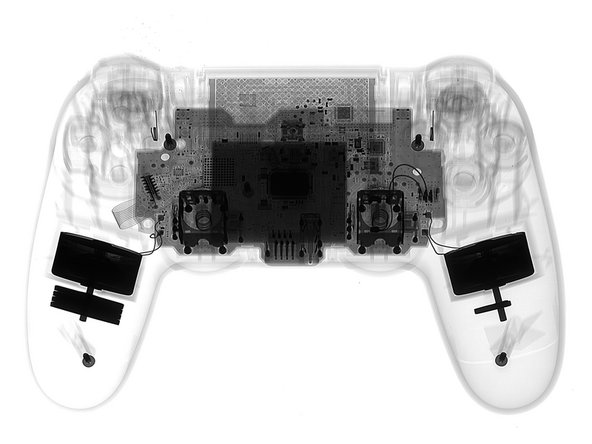 PlayStation 4 Pro, deftly disassembled.
Miss the PS4 Slim teardown? Check out our speedrun video teardown on YouTube.
And because we love you, here's a bonus X-ray image of the PS4 Pro controller.