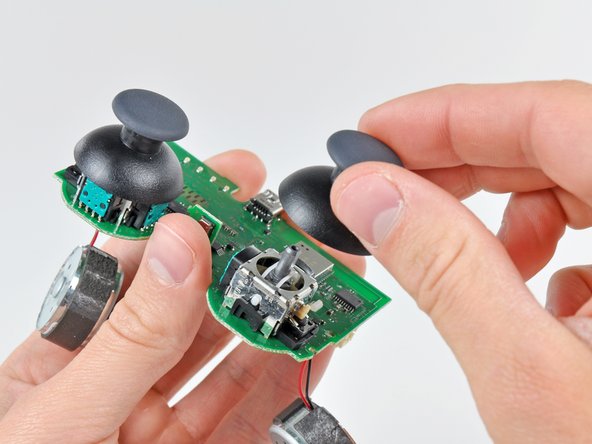 Use this guide to replace the controller's motherboard. Completely replacing the board will require de-soldering the existing vibration motors and soldering them to the new board. 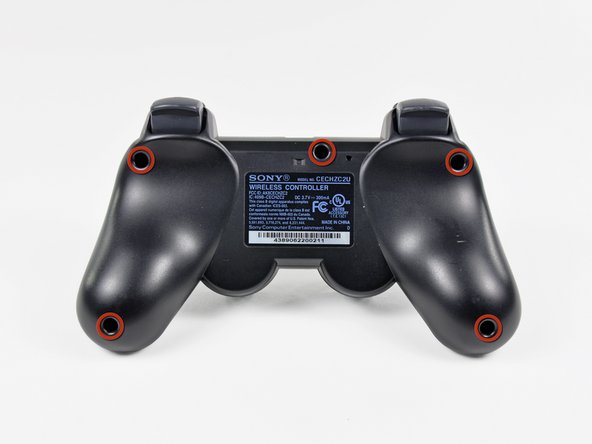 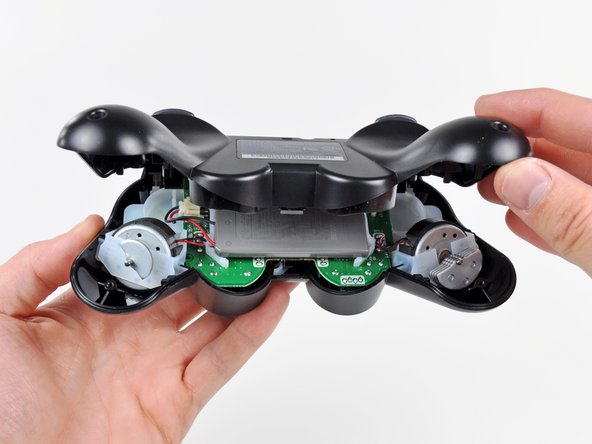 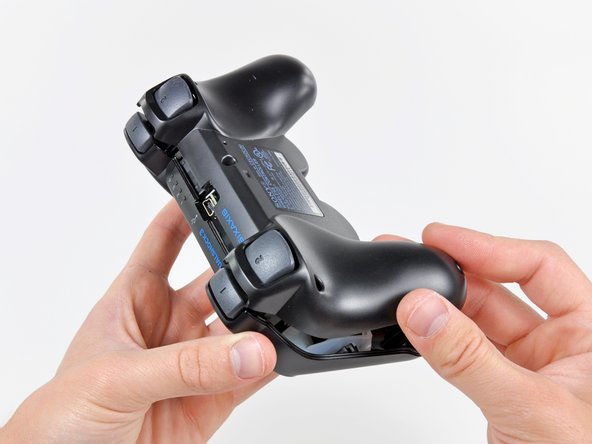 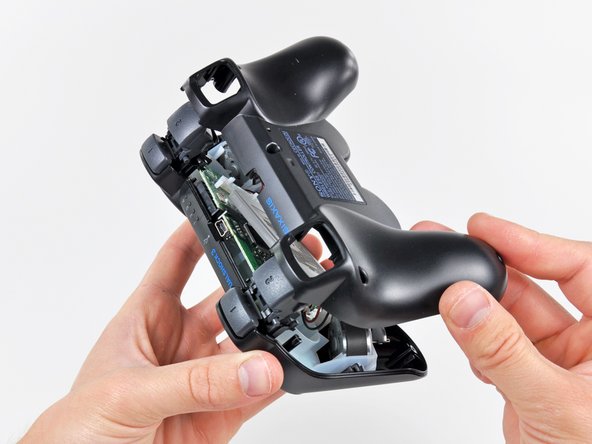 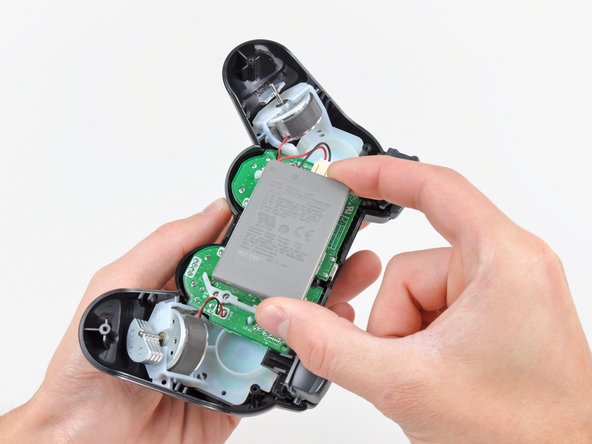 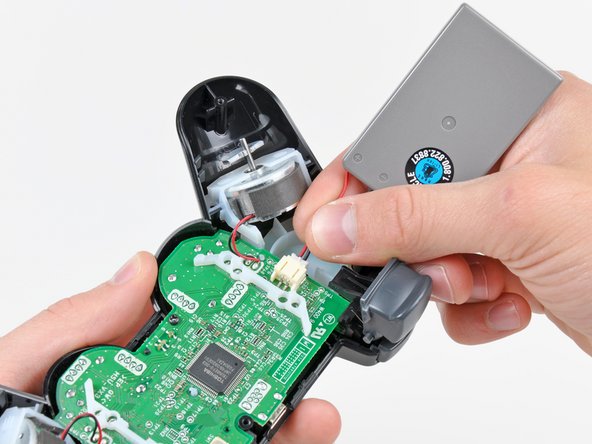 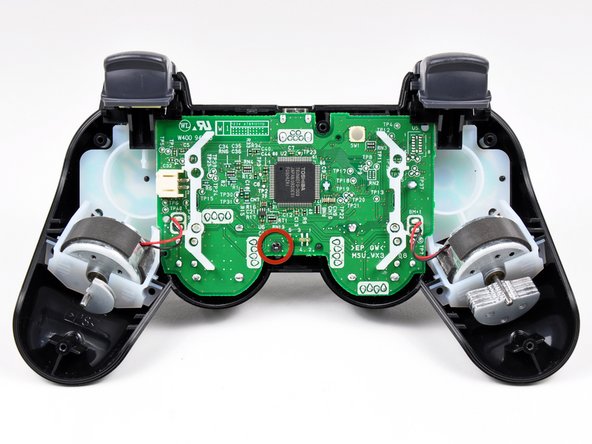 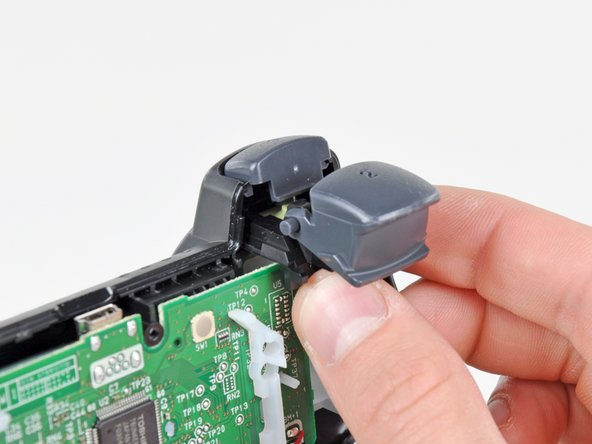 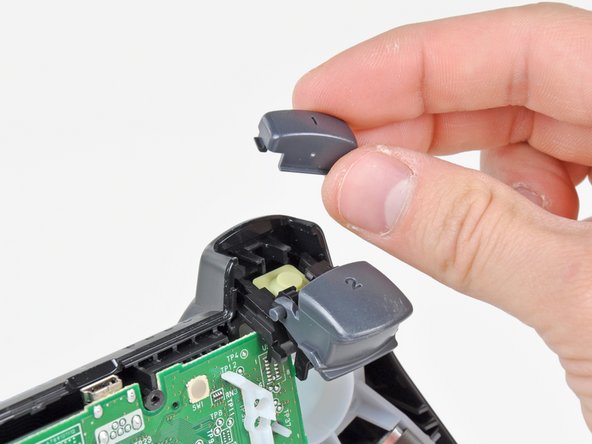 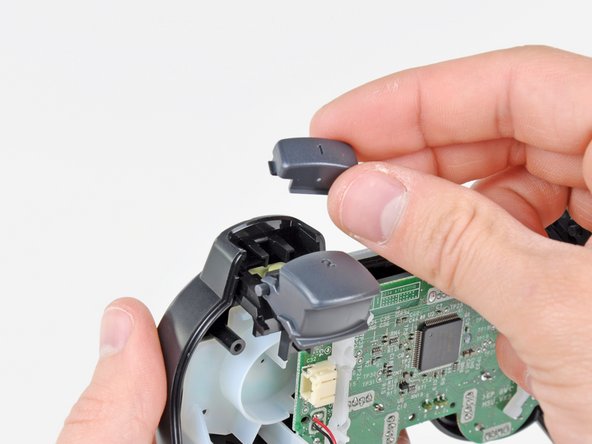 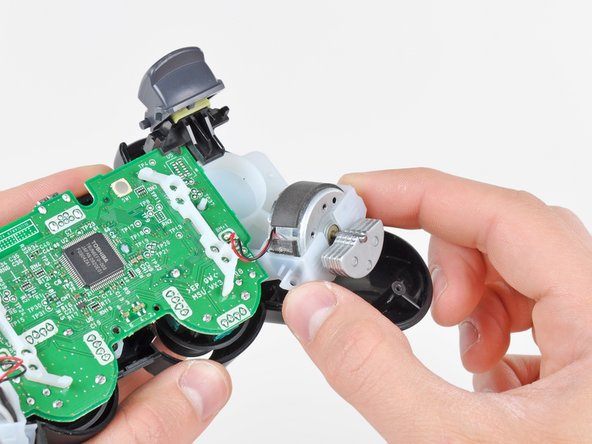 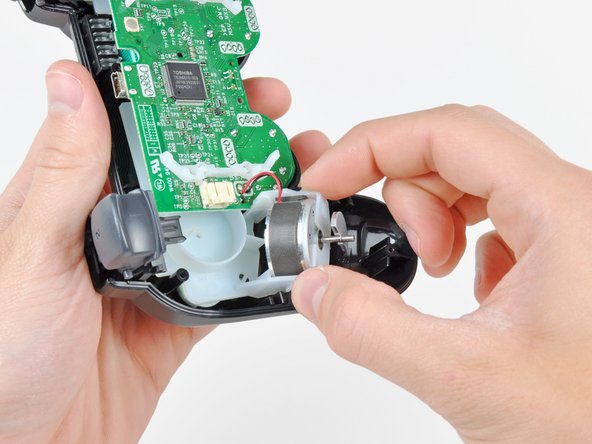 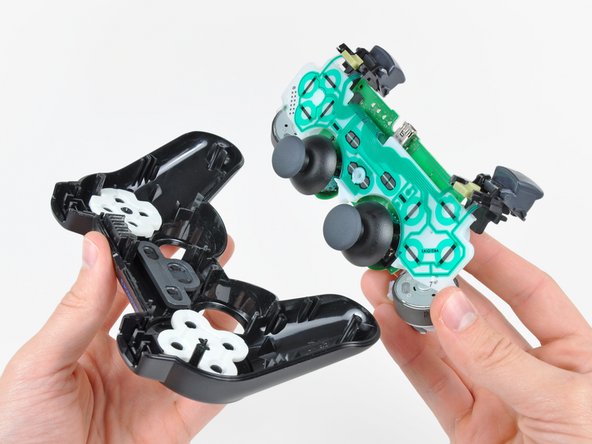 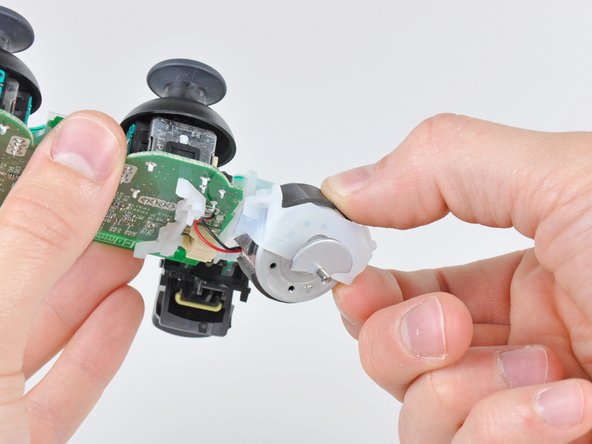 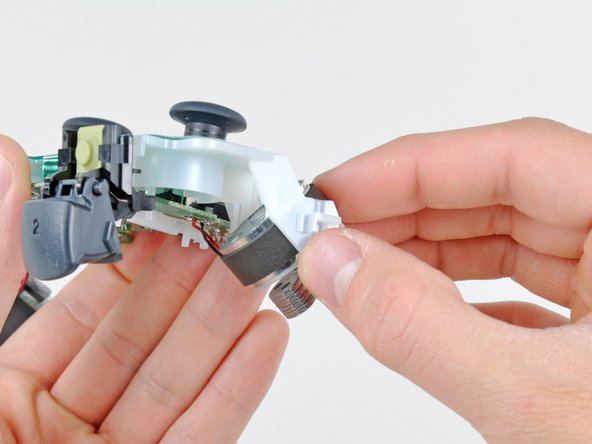 Carefully push the two vibration motors out of the input board frame. 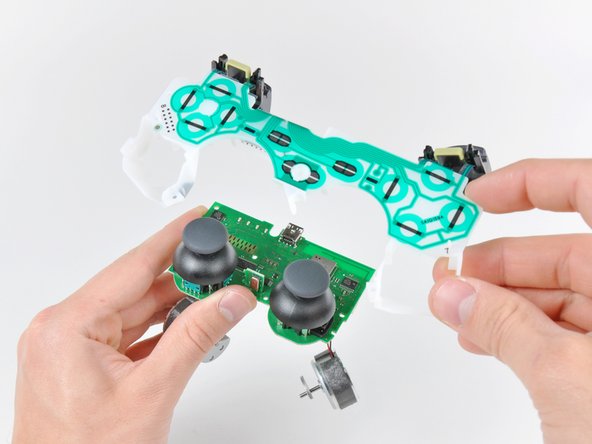 Lift the input board assembly off the motherboard. 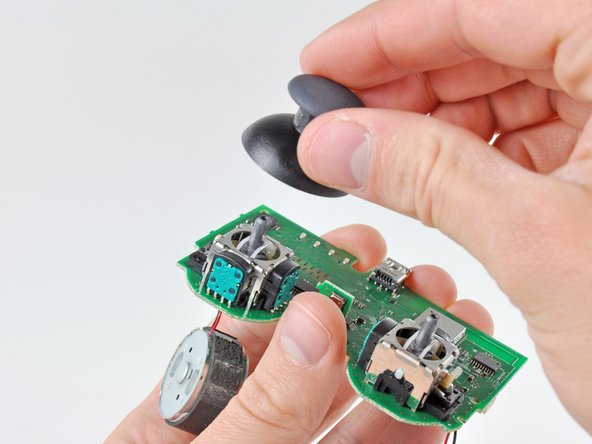 Pull both analog stick covers straight up off their joystick posts attached to the motherboard. 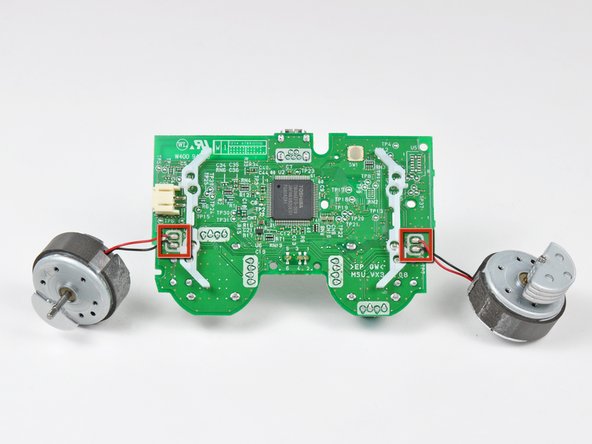 Use a soldering iron to de-solder both vibration motor wires from the motherboard.
Don't have too much experience with soldering? Check out our soldering guide for detailed instructions.
The positive (red) wire connects nearest the top of the motherboard.
When soldering on circuit boards, be sure not to overheat the connection as permanent damage may result.